There is none else beside Him 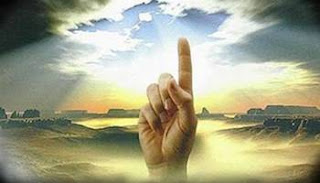 I have been involved with this particular group of Kabbalists since 2011 now, taking their free courses online, learning a great deal in the process.
Their web site is Kabbalah.info.

I distinguish the mystical Qabalah from the, lets say, authentic Kabbalah. And in this post I will focus on the latter one.

Suiting my level of Understanding, the mystical Qabalah gave me a lot, but it was or is the "authentic" tradition that helped me the most. I was guided to it by my spirits and I am grateful for it.

For me, the text "There is none else besides Him" (you can find it here >>) is, after the Crossing of the Abyss, more relevant then ever.

The text deals with the whole methodology of Kabbalah, in detail. There is nothing else one must know to master the Authentic Kabbalah, in my opinion. I could go on and on about the implications of the message in the text, but I will let the videos bellow speak for themselves.

Here we go, part one: