And in the middle the six-rayed star 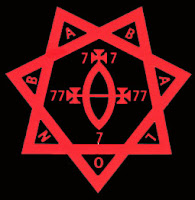 The universe is multidimensional; each thing, action or event is infinite in its depth. How can the mortal and finite adept estimate his or her attainment in these abyssal depths? How can one measure the level of personal attainment when the depths of each sephira or chakra may unfold eternally? The man is a mortal and restricted being, so how can one define what exactly and to what extent should be worked through on the path of initiation?

»Each thing, action, or event is infinite in its depth...«

Well, that statement is as good as any, shallow, and without any real meaning...if we take it without any examination and if we question not its validity.

And here I'd like to start: ignorance, immaturity, and a priori acceptance of »spiritual« truths.
There is simply no way one can progress along the »path of initiation« based solely on mental capacities. Mental capacities in this context refer to intellect, speculation, reason, and other thought processes.

And herein lays the dilemma: whom to trust, what to read, what to do, and what not to do?
We are told that there are higher levels of awareness to be attained, deeper and more fulfilling truths to be realized. And what do most of the aspirants do? Well, they join some “spiritual” or religious corporation or some other organization that offers meetings, training, masses, teachings, supervision, texts, etc.

And in 5, 10, or 20 years of effort along the lines of such organizations progress is realized and degrees are attained. Well, isn’t that lovely?

But what is truly happening?
What if the existing organizations offer nothing but smoke and mirrors?
What if no one can give us anything from the outside?
What if all structures we are so used to are false, a lie?
What if what we already are is simply enough?

And what if we need no one to really progress in life?

Well, I have met only one human being (so far) that did all the progress along the empirical lines of human conscious psycho-transpersonal identity development on his own. No Orders, no masters, no degrees.

That being said and speaking for the rest of us (I am generalizing, of course), such freedom and responsibility demand way too much and most of us just do not want to bear the pressure of freedom and possess that kind of strain of knowing…

…it is simply too much to an unenlightened heart… and so we invent (yes, we make these things up) various structures (Orders, degrees, various trees, etc) to feel safer, more in control. Mind and immature heart simply need something to cling to, and if that does not exist yet, it makes it up.

OK, so now that I have denigrated all that I have been doing for the last 25 odd years, now we can go on, for:

“In the beginning doth the Magus speak Truth and send forth Illusion and Falsehood to enslave the soul. Yet therein is the Mystery of Redemption.”
-Liber B, 1.

Everything that one does on the path of liberation is in reality not useful, it is just as effective as visiting a fitness gym in dreaming. Upon waking up, dreams just vanish.

But the game is still on, sincere aspirants all over the world invest effort and time, and money into spiritual progress.

So, if no truth can ever be conveyed (as Liber B shares and empirical knowledge concurs) here on Earth and all is falsehood, what is the point?

Well, let’s at least try to produce or to come in contact with those useless things and illusions that will somehow direct us towards the Real Truth. How’s that sound?

Q:
Should one, on the path of initiation, strive toward the realization of oneself and the world, and does this realization have limits? If the man REALLY realizes that he or she is the infinitesimal and meaningless speck in the Universe and his or her labors are vain attempts in the web of illusion, then what should he or she do further in such an existential cul-de-sac? What should one do with the realization that is incompatible with the life and capacities of man?

Real, deep and truly transpersonal states of awareness have got nothing whatsoever to do with a life of a man here on Earth. Even slight conscious contact with the HGA tends to disrupt the life of an aspirant, what to speak of crossing the Abyss or maybe even attaining the Magus level.
So what to do?

There are four elements in play upon this world: fire, water, air, and earth. With all the funky transitions between the four and with all the symbolism involved, well, we are still only speaking and thinking, aren’t we?

And that’s the trick, isn’t it: not only to attain a certain state of awareness but to bring it down into life, so to speak, to integrate.

And, speaking for my level of understanding, this is quite a challenge, for the above-mentioned four elements are in no way spiritual in and by themselves. Integration needs to take place.

“Let Him beware of abstinence from action. For the curse of His grade is that He must speak Truth, that the Falsehood thereof may enslave the souls of men. Let him then utter that without Fear, that the Law may be fulfilled…”
Liber B, 14

“… aspirant’s labors are vain attempts in the web of illusion…”; although I agree with these thoughts, I maintain that the real labor starts when the true Truth is attained (above various structures and way above reason) and when all the illusions are seen as they are: a magickal display on the (empty) screen of consciousness.

And the only thing that is left to do is to start to integrate the realizations into the illusions, the six-rayed star in the middle has to recognize herself in the four elemental pentagrams around her.

In other words, as Truth is ineffable, it is of no use to try to convey it, so the next best thing is to use the illusions with clear Understanding and Wisdom that everyone needs to find the Truth on his/her own from within and no amount of illusions from without will produce results, for:

»It is the truth that liberates, not your effort to be free.«
- J. Krishnamurti 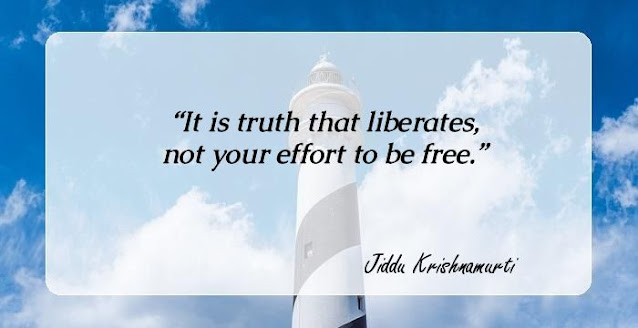 Q
Who had fulfilled him- or herself as a human to a greater extent – a milkmaid who goes about her business in a state of full comfort and satisfaction with life, or an adept who has debunked the myths and discovered within him- or herself too many things to enjoy being-in-the-world?

It is just a process, a tough one for sure, to try to live in a world where people downright deny their own spiritual inheritance and superficial pleasures are a measure of happiness.

And that’s the whole point, in my opinion:

If a milkmaid is happy with her life, let her be happy.

At that stage the only way is back again, back up again, into the same superficial world she has been trying to get out of for who knows how many incarnations.

In both cases, the same applies: »There is no law beyond do what thou wilt«.