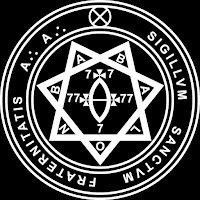 Do what thou wilt shall be the whole of the Law


There are important realizations to be integrated into life after the so called crossing of the Abyss (as per Qabalah). And in the present blog I'd like to elaborate upon this rather important subject.

Formless Divinity is what I would call the truly transpersonal stage of awareness. I say stage, not a state. If we look at modern transpersonal psychology, the transpersonal stages are three: the Subtle (Briah), the Causal (Aziluth) and the Nondual (above Aziluth). Anyone can have an insight into any state at any level of her/his current development. States (fleeting insights) are free, stages (permanent attainments) are earned, Ken Wilber says. I agree fully.

And after crossing the Abyss (see this blog >>), the identifications with various God-forms (including Ishta Deva or HGA) are "left behind", so to speak, only to realize permanent identification and spontaneous nature of Being Her (Binah) and, in due time, Him (Chokmah).

There are various levels (not types) of mystical experiences, called samadhi. Samadhi is a Sanskrit word meaning One (sama) with the Absolute (adi).

I experienced first samadhi back in 1993 and I have been entering laya and sabikalpa samadhi states (see below) at will since around 2007. It is like bliss on demand, nothing ever touches you, for you are one with the One, a mere witness, completely free...and alone.

Anyway, some of the levels of samadhi I would like to describe are:


This is a direct experience of the Causal level (Aziluth), and is on the other side of the Abyss. It is the so called Nirguna samadhi, a formless Oneness with the Absolute.

In this experience, all movement in awareness ceases, and all that is left is only the Absolute Self. And it is or was one of the most important experiences of my life.

Such an experience eradicates the apparent and illusory separateness of the Soul and Godhead, Creator and Creation, Nirvana and Samsara, Unmanifested and Manifested, Yogamaya and Mahamaya, Khabs and Khu - Absolute and "relative" merge into One, forever.

Grace is needed for attainment of this level of samadhi, and after the attainment has occurred, no effort in needed anymore, ever. This is attainment of Binah, or complete and permanent identification with and surrender to, the One Goddess or God (moving on to Chokmah) and beyond them both.

It is efortless and silent awareness, present even now.


Love is the law, love under will.

See the next blog post: After Abyss II.: Changless Reality >>

See the next blog post in the After Abyss series: After Abyss (III.): total identity collapse >>