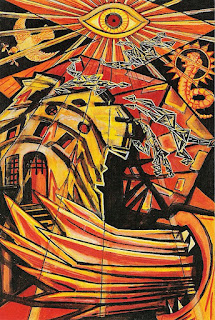 "Death implies change and individuality;
if thou be THAT which hath no person, which is beyond the changing, even beyond changelessness, what hast thou to do with death?

As we can read in the commentary on the above text in The Book of Lies, the meaning between the lines is about change (mostly :)  )

Change is always present, as the impermanence is at the very core of the material existence. And the Master points in the direction of Life, Bliss and Joy by bringing into the discussion the Love itself, only to, staying true to his way of expressing himself, bring the whole thing back down again by saying, Die Daily.

Its a shame that such a wonderful and liberating fact, the change, is often perceived as something rather dark, difficult and hard; here it is even compared to the death and dying (!)

The common interpretation of the 16th arcana, The Tower (from the Thoth tarot, see above) adds to such burdened perception, in my opinion.

Granted, changes can indeed be difficult and yet, there is a flip side of this coin:

I've been 'entering' samadhi at will since 2007 and all I can say is that there is no need to force things. What has to be transformed and changed will present itself in due time. When the time comes, my mind, just let go; and practicing Samadhi is light years away from the death and dying!

It brings into the stream of human awareness pure Light, Freshness and Ever new Bliss, every day.

So, there is no need to associate change with the dying. Lets connect the change with New Life, Joy, Strength, Freshness and Freedom. 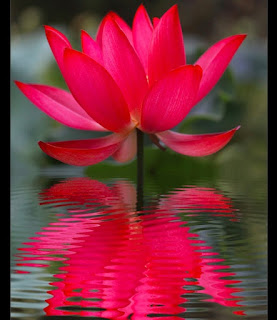 Samadhi and similar topics are discussed in the After Abyss blogs >>